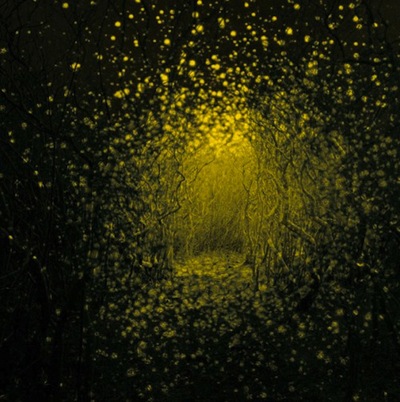 The Antlers’ first album ‘Hospice’ gave me the same feeling on the first few listens that the Arcade Fire album ‘Funeral’ did. It came completely out the blue with dark music and brooding lyrics to match. The use of production to enhance the story of the tracks made it very quickly the top of my playlist and still gets regular playtime.

This made the announcement of their newest album both an exiting and worrying prospect. I wanted to know what they would do next, but they had also set a high standard with their first. How could they match it? The second album syndrome tends to go two ways with most bands. They try to recreate the glory of their first and are left with an album that feels like a cheap imitation. Or they try to break away from their previous by doing something completely different, usually resulting in an album that feels like the band overstretched themselves.

It’s fortunate then that the antlers have managed to balance these potential issues and with great success. There is still the dark subject matter that we found in hospice, but they have managed to wrap this around a more electronic and alternative sound. This gives the album a slightly softer less cynical view on the world, although far from upbeat, it does allow the listener a bit more room to breathe and makes Burst Apart a great companion to their first album.

The songs themselves focus on the bleaker side of life. Death, isolation, loneliness and helplessness are all covered with a soundtrack of distorted guitar lines and synth pads that seem to be drowned in reverb. This gives the album a real feeling of weightlessness and detachment from the content. It’s like a fever dream you can’t quite wake up from and yet you feel that if you stay there long enough, you will find something profound about yourself.

This makes the album compelling, there are layers to the tracks that you never get under and this keeps them fresh on repeat listens. Anyone who has heard the Antlers will love this record and anyone who hasn’t will find this far more accessible than their first.