It’s over, My new years resolution 2014 was to crate a track a week for the whole year and 52 weeks later its finished!

I decided to bring 2014 to a close with a bit of a pallet cleanser. I used piano recordings of chords and stretched and played with the samples to get interesting ambient pad effects. I then used a Minibrute which I got as a Christmas present to add extra sequenced rhythms.

This year has been really fun for me to get to grips with my OP1 and learn ways to work quickly with Ableton live. Next year I’m going to spend more time focusing on tracks and try to put together an album of stuff with more detail that focuses on the sound and ideas I have developed over this year:

Im taking time off my albums of the year list to bring you second to last weekly beats track.

This Weeks track is pretty much all op 1 again. I built this nice sounding organ pad using the OP1’s FM synth and it really suited the key of A minor so that pretty much decided how the track would go.

After recording all the instrumentals within the OP1 I decided to use the Kramer tape emulation plugin I bought during the waves sale on every track for both as an effect and for mastering purposes. It was the only effect plugin used outside of the OP1 bar Ozone for mastering.

The voice sample came from a link on “the moth” podcast. I heard it and thought it suited the mood of the piece so sampled it with the OP1 and ran it through the CWO effect. I highly recommend the moth to anyone who likes listening to Podcasts:

This week I stuck to the darker sound I have been working on for the past few weeks. The idea was to try and push the Teenage Engineering OP1 into areas I don’t usually hear. Making it growl with a grittier sound then the usual soft melodies I get from it.

Every instrument in this track is the OP1 with the exception of the Drums made on NI Maschine. The track ominously builds to the first Drop at the 2:20 mark, which is a drum pattern at 80bpm before building to a more Drum & Bass style Section towards the end at 3:55. For the final minute of the track I loose control and the whole thing collapses in on itself as the OP screams with delay and feedback:

This track started with evolving synth drone sound from my op1. I was working on another track for the first few days but after making this drone I decided to scrap the rest and just use the drone sound as a basis of the rest of the track.

The one problem was that the drone sound slowly drifts around the 80bpm tempo mark without sticking to a fixed tempo for more than a couple of bars. I tried to make it work in a fixed tempo but it lost its key element of being unnerving and grabbing your attention. Which I believe is partly down to the drifting nature of the sound.
Deciding to ignore the tempo entirely and use the synth as my reference greatly affected the rest of the track as It meant I couldn’t use midi fixed to a grid for any part of the track and everything would have to be played by hand and recorded into the track.

Because everything had to be recorded live I decided to use real instruments instead of samples as much as possible and to keep the dark and rough and ready approach I used single takes of each instrument.

I recorded each instrument several times and picked the take that worked the best, the only exception being the drums which were samples played live from NI Maschine:

This week was an attempt to learn my way around my current modular build. The base of this was built around the OP1 with a few samples Choirs I have recorded. I then layered the sounds from my modular into the rest of the track:

This week I had more time to work within the studio and on my computer. It’s a rare occurrence I haven’t used the OP1 instead favouring ableton live with FM8 to create most of the synth stuff. The track also heavily features the field recording samples I have taken throughout the past few years:

This Weeks track was Made on the OP1 and Ableton Live with Processing. Mostly in my car as I have been waiting for work. The background of the track features field recordings of crowds which i have been collating over a few years: 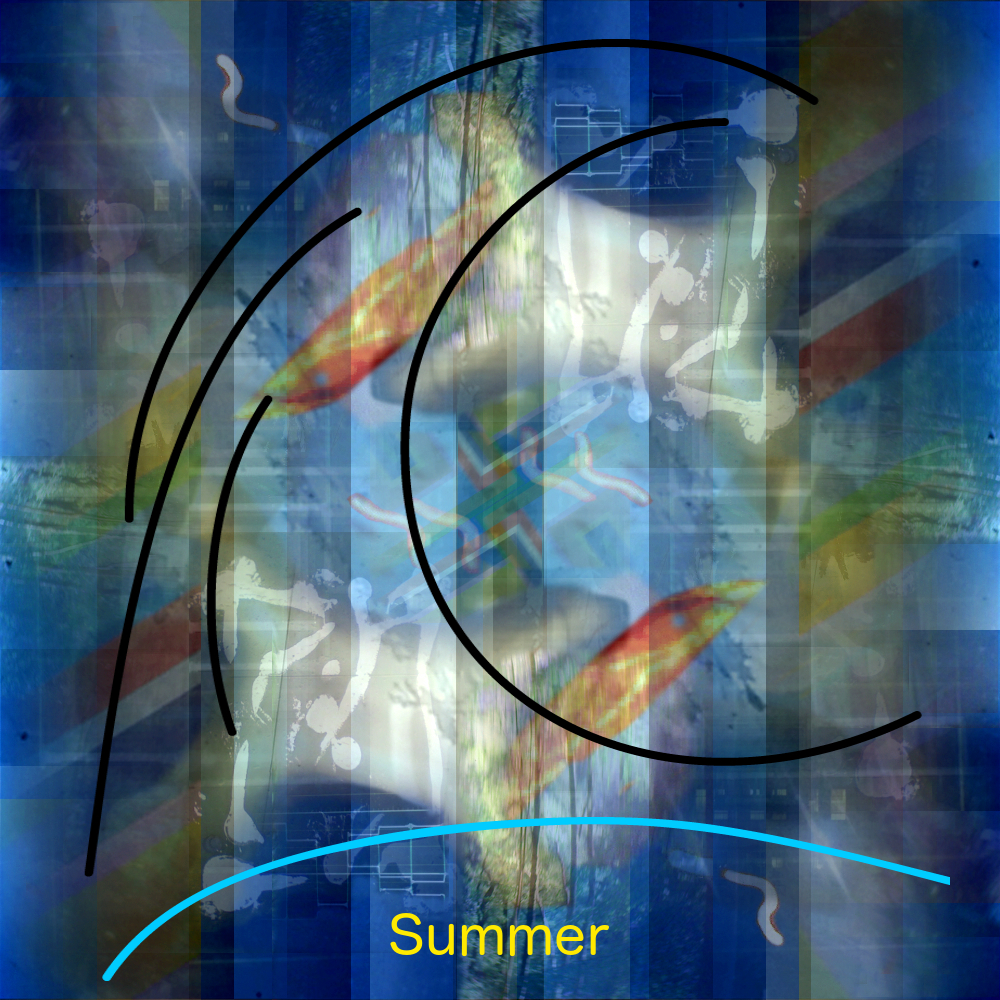 I have collated weeks 27 to 39 of my weeklybeats music along with a few extras into a bandcamp album you can listen to it below or feel free to pay what you like for it and download the whole thing.

This week’s track was made around a busy weekend of drinking and eating next to bonfires. I started the week on the OP1, designing a collection of drum patterns at 130bpm. The samples were then added to ableton live where I used them as the building blocks of the track adding instrumentation from software by Ableton, Izotope and Native Instruments:

All instrumentation for this track and drums were made on the OP1 and imported into ableton live for mixing and processing.

I had some more time to work on the arrangement in ableton which includend some more work glitching up the drums adding effects, panning, compression and EQ to the mix: