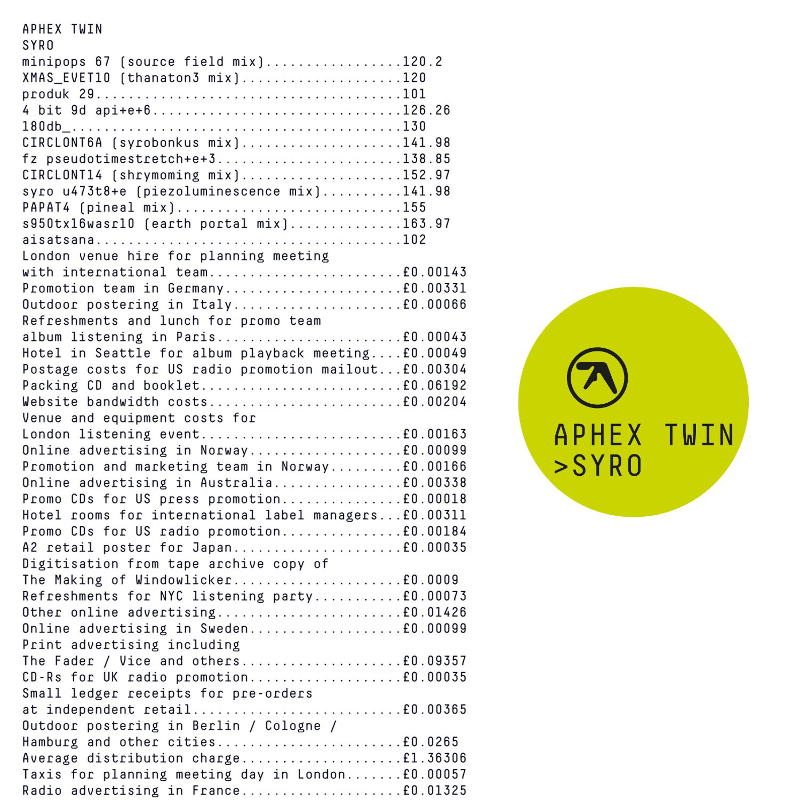 Aphex Twin Is a visionary artist whose ideas and style have had a profound effect on all forms of electronic music. During the decade window starting with selected ambient works 85-92 and ending in Drukqs. He created iconic music that was unlike anything outside of the Warp label. Although Richard James goes by many pseudonyms, the Aphex Twin name has always been associated as a stamp of quality for some of the most forward thinking electronic music around. It’s been 13 years since the release of the last album and it was worth the wait.

When speculation about a new release started I was exited but with no expectations over what he was going to create. His back catalogue spans many genres. From faster electronic music like Acid and Drum & Bass to Ambient and even solo piano works. So the announcement of Syro Could have been anything musically. Surprisingly it subverted my expectations by staying close to his work but making it more accessible. Syro at times feels like a greatest hits album made of entirely new content but as his style is so unique that’s no bad thing.

We get an exploration of large swathes of electronica with his unique chopped up drums, jittering synths, warbling pads and strange vocal samples. There’s so much going on within his tracks that on first listen it can feel a little daunting and hard to get to grips with but this only helps provide freshness on repeat listens.

Weather it’s the complex multi instrumental pieces or the striped down single piano on the closing track aisatsana [102] the one thing that makes the music work is melody. They can drift in and out of tune and rhythm and are often replaced before you fully get to grips with them but they are always strong and centralising. An eye in the storm of controlled chaos. Aphex twin may not be everyone’s cup of tea but the remnants of what he makes will be heard peppered across modern music for years to come.