The National_Trouble Will Find Me 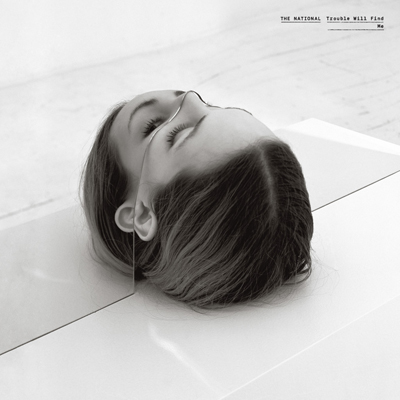 There have been so many fantastic albums this year it’s been hard to work out what would appear in my list however one thing was clear over a month ago. Trouble Will Find Me would be at the top.

In this album The National have shown a maturity that’s only possible from experience. Every track is beautifully crafted and manages to straggle the fine line between complexity and accessibility. On first listen I was hooked on its often simple melodies but through repeat listens there is a level of quality in each tracks construction which makes the album still fresh months later. Using a traditional rock band setup they’ve managed to shake things up with song structures and time signatures not usually found in the genre. These never come across as obtuse instead always complimentary to the album and the tracks.

Complimentary is the perfect word to describe the whole creation and production of this album. This is a band with years of experience as a unit, who throughout that time have developed an understanding of their group dynamic. Everything works so well because each part feels like it’s complimenting the whole, not trying to compete with it. At no point in the album could I think of a piece of instrumentation or vocal that doesn’t aid to the track and I never feel that more should be added.

The National have managed to create an album full of tracks which I wouldn’t change in any way, I would stretch so far to say they’re perfect. Over the years they have managed to become unique in a genre standardised by most acts with wry baritone lyrics entwined with broody instrumentation. Trouble Will Find Me continues this tradition and feels like the culmination of it’s development. It’s my album of the year.