I’ve come back from Japan fresh full of ideas and positive energy. The experience was a remarkable one and will be highly influential giving me several directions I can take my music.

Whilst in Tokyo I managed to visit Tower Records in Akihabara with the goal to pick up the work of one of my favorite HipHop Producers. In the UK Nujabes work is hard to get hold of officially, a mix of his sudden death and being a Japanese producer means that his music never got a UK release so importing the work at an incredibly inflated price is the only way to get your hands on it.

The thought was to save by doing the importing myself and I mustn’t be the only one who follows these ideas as he had a whole collection of shelves dedicated to him in tower records. Rare for an artist who has been dead for over seven years. 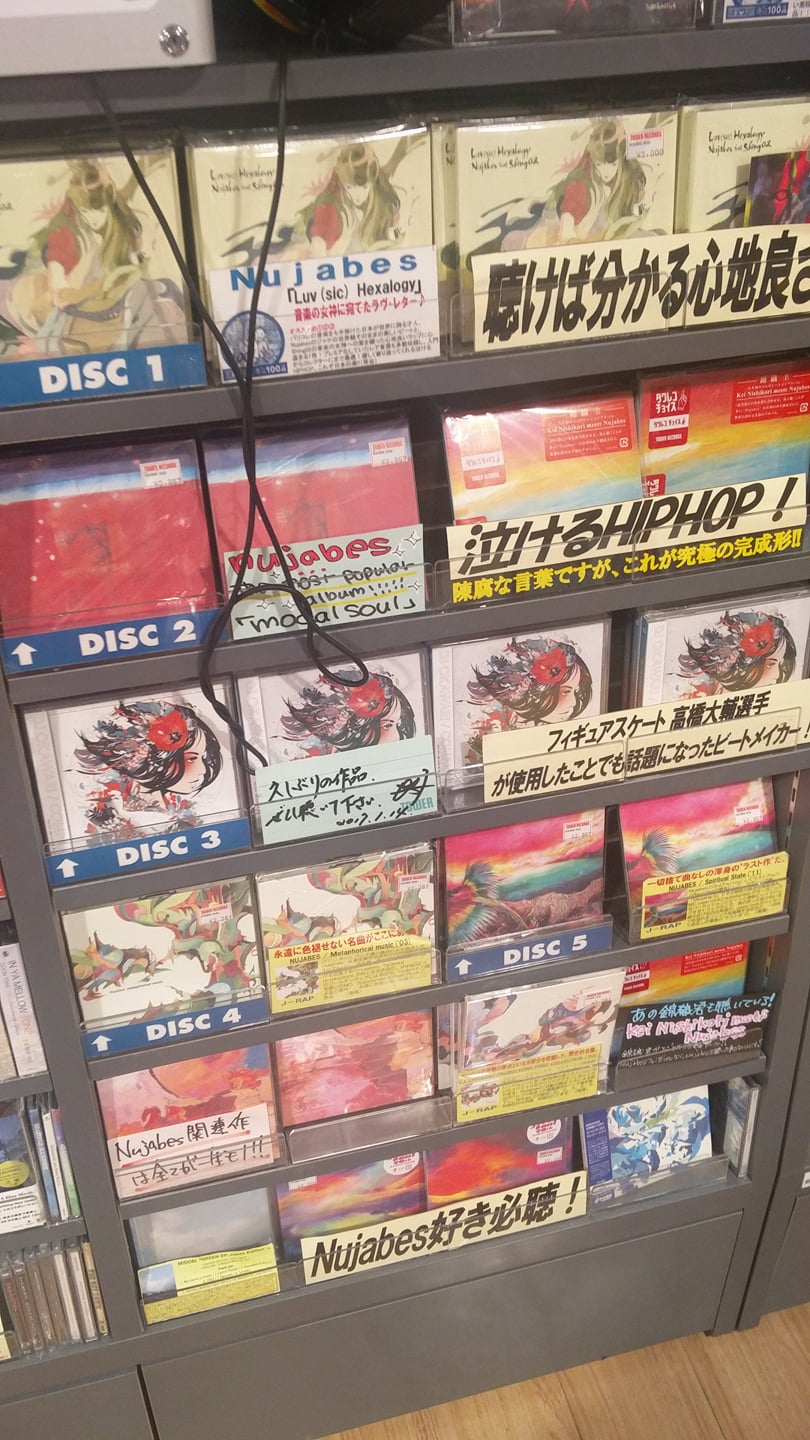 The reason Nujabes has this ground swell of support is simply the high standard he achieved creating his sound. Mixing Jazz samples with hiphop beats is a staple of the genre with J Dilla and DJ Krush being other well known examples but Nujabes work is the most accessible allowing you to get lost in it almost instantly.

Luv (sic.) pt 3 is a collaboration with Nujabes and a Japanese rapper Shing02 which was eventually finished as 6 parts posthumously using sample ideas left on Nujabes phone. Part 3 was the first I heard as it features on the album Modal Soul and stands on its own making it a great place to start: