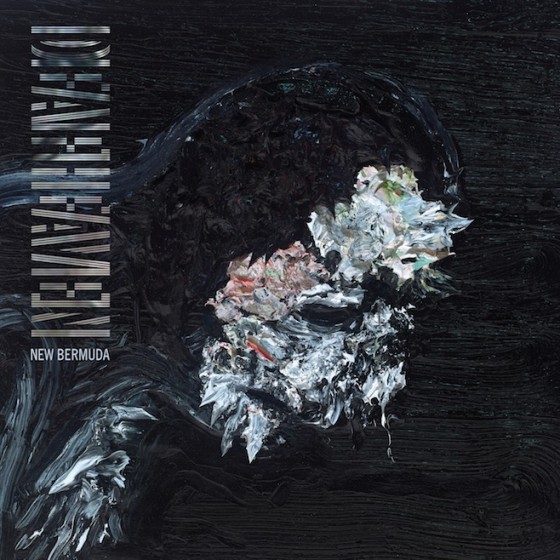 New Bermuda opens with a throbbing bed of electrical disturbance mixed with church bells, sounds we associate with two separate worlds. In the electrical you feel fear and danger. In church bells you feel grandeur and beauty. Both sounds do share one connection though. They’re symbols of power at its highest level, sounds of things which shouldn’t be trifled with. It’s a confident position for the start of any album as it needs to be matched by the music, I’m happy to say Deafhaven not only manage to match but surpass these lofty aspirations. As a torrent of distorted guitar and machine-gun speed drumming crash their way into the mix, quickly joined by the guttural screams of vocalist George Clarke. We begin to hear a 45 minute thrill ride of operatic proportions.

Over the records playtime we are treated to five tracks none of which are shorter than eight minutes. This allows for the composition to progress and develop repeatedly throughout their duration. The intensity of Black Metal will calm down for whole minutes as the distortion is replaced by thick reverbs reminiscent of shoegaze acts like slowdive. This ebb and flow between the heavy attacking aggression of Black Metal and the soft contemplative quality of Shoegaze allow both to accentuate their strongpoints.

This is a sound Deafhaven have been developing in their previous works and on New Bermuda they craft the two genre into tracks effortlessly. They become perfectly blended counterpoints rather than conflicting forces. Each is given its time in the sun but structured uniquely on every track to achieve different results. On the track “luna” the Shoegaze sound is used as breakdown however on “Baby Blue” it as used as an opener providing a place of serenity before the crushing wave of power hits home, reminding me of an extreme variation of post rock.

Production choices are also interesting throughout, The slow fade on the opening track replacing the band in full swing with a single piano melody is very ambitions. On first listen came across as abrasive but within the context of the album it provides a perfect pallet cleanser for the entrance of the second track. The vocals are also mixed in with the guitars rather than the focus of most of the tracks and this is a novel choice, giving instrumentation more prominence as multiple guitar lines battle it out.

The album winds down with the final track “Gifts for the Earth”. Its acoustic rhythm guitar and electric lead guitar give a strong air of finality that sends the album it off into the sunset.

At Its peak New Bermuda is some of the Harshest most aggressive music i have heard this year and this is given even more weight by having softer edges. It manages to straggle a line between several genre and create something fresh and exiting by doing it, bringing myself and fans of Progressive rock, Shoegaze and Black metal along for the ride.

I’m really enjoying the new Deafhaven album and have been listening to it more than anything else the past few weeks. Their blend of Metal and Shoegaze really works for me on many levels.

Baby Blue is the track on the album that separates these genres a bit more than the others which mash them together in closer intervals or even at the same time. The first three minutes of the track focus very much on the shoegaze elements before we then soar into a progressive metal of almost operatic grandeur. After it’s peak the track then subdues to an ambient pad of music with a field recording of transport information from the George Washington Bridge. It really is something special: